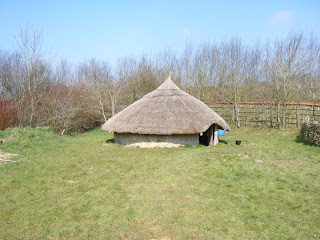 I did a day working at a school in Dorchester, where the Ancient Technology Centre based at Cranbourne had already built several structures, such as this I/A roundhouse. In this the kids were being taught about how past people made art: 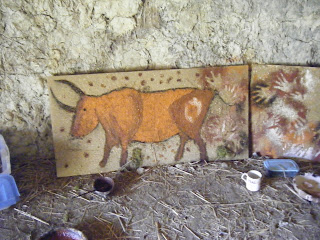 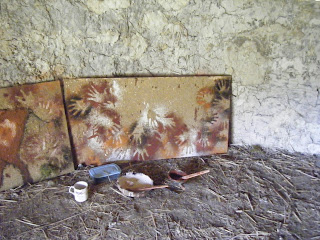 Here they can also look at food processing: 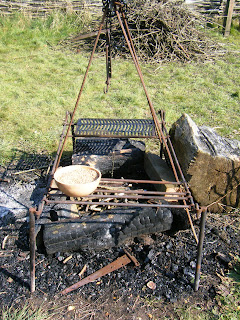 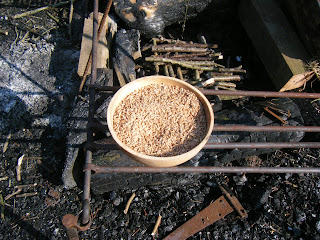 The present project is the construction of a 'henge' with central 'dolmen' (a stone room in which the dead were placed), which the kids are actively engaged in making themselves. This is a mix of the two monument types, but one has to make compromises. They even moved the large stone themselves using wooden rollers! They are digging the surrounding ditch and making the bank, then digging the central holes for the stones, which are being set one a year, the last to be set on top of the others in 2015:

The kids are great workers and set about their tasks with gusto. In fact, it is difficult to get them to stop. Which is a marked difference from some of the professional diggers I have worked with! One kid said "I don't know what I'm doing, but I'll carry on anyway!" What a trooper.
Posted by Community Archaeology at Thursday, March 21, 2013 No comments: 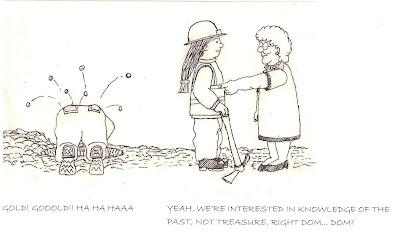 Posted by Community Archaeology at Thursday, March 14, 2013 No comments:

The West Dorset Diggers Archaeology Group visited Martin Green at Down Farm this weekend to see his fantastic collection of archaeological material and the results of his decades of work on features found on his land. Martin has been described as the best amateur archaeologist in the UK.


Not only has he been excavating features, such as this deep natural shaft reconfigured and used by Neolithic people for ritual and burial purposes: 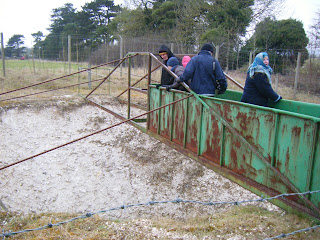 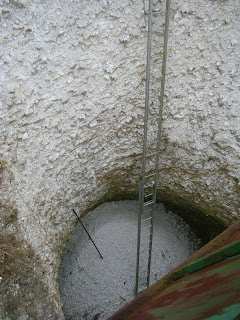 he has also been reconstructing an excavated pond barrow:

This is a short film of the group visiting the bowl barrow reconstruction. It was real archaeology weather!

A truly remarkable man dedicated to the archaeology of his area.

Posted by Community Archaeology at Tuesday, March 12, 2013 No comments: